About Hotels by Sheetz

The Sheetz label was established in 2009 with 2 properties growing, over the past decade, to a collection of 6 boutique hotels, each with its own unique, and strong identity. The team of general managers is given the freedom to style and shape the hotel they run, with emphasis on nurturing a welcoming ambiance.  With their guests' comfort as their highest priority, the Sheetz Group wants their hotels to feel like home from the moment their customers walk through the entrance. Each is a unique location: The Fallon being a former prison, and ter Zand surrounded by nature.

Raised by parents working within the hospitality industry, Gideon grew up surrounded by hotels and joined them on the floor as soon as he could. After a detour as a web developer he ended up opening The Fallon within the Sheetz label; a former prison transformed  into an atmospheric boutique hotel. He was closely involved with the opening of Boutique hotel ter Zand in May 2021. Gideon now runs operations for The Fallon and is responsible for the sales and marketing of the Sheetz group - with his tech background, he’s always looking for new opportunities to take sales to the next level and curious about innovations within the industry.

The Sheetz hotels were, on Gideon's initiative, some of the first onboarded to  the Katanox platform. His primary reason for joining at such an early stage - besides the content of the product - was the simplicity of the process. He had seen more interesting ideas pass, but in most cases, the contractual red tape and the investment in both time and money prevented him from joining. The usability of the product, combined with Katanox's ‘no pain, no gain’ attitude made him want to join in.

The hotel uses Mews for its Property Management System, so integration between Katanox and Mews was key. Fortunately, there was already an integration and onboarding via Mews was seamless. By selecting rate plans, rooms, and products within Mews and simply adding the Mews integration id in Katanox, getting up-and-running is quick and seamless without the need for mapping. This made for an incredibly promising start for future collaboration.

"Question is why not, there’s no cost and hardly any time investment. Just select the rates, categories and products you want to sync and import to the Katanox platform."

The Sheetz hotels thrive on their culture of innovation, allowing their general managers to experiment with new and better ways to sell their rooms, and always ensuring that they are delivering the best guest experiences; all powered by the technology they use.

About the advantages of the platform

The early participation of the Sheetz hotels was only possible because Mews was one of the first PMSs Katanox integrated with. The Mews Marketplace was one of the primary reasons for Gideon to join the PMS in the first place. As an innovative hotelier, joining an equally innovative PMS means being ahead of the game  integrations  with parties  like Katanox simplified the process. The direct connection, the 15-minute onboarding, little ongoing maintenance - almost everything is handled by the close connection between Katanox and the PMS in real-time.

As a matter of fact,  the Katanox platform makes tasks like content management far easier to master. Did you shoot amazing new pictures of your property? Upload them to the marketplace and within no time they’re live with all connected travel sellers. Latency is a thing of the past - your availability will be connected in real-time via your PMS to the travel sellers.

Katanox enables hoteliers to take back control; you choose which travel sellers are best to sell your rooms, what footage is shown, what deals are being offered, without a huge commitment in time or money. On top of it: you will have access to all guest data from the moment  they book a stay with you.

"When I have new images of a property it is a huge task to contact all travel sellers and have the old images replaced. Now I just have to replace the images within the marketplace and they will directly be live with all my travel sellers."

With a good history in pushing combi deals via travel sellers, Gideon was accustomed to spending up to a week setting up new deals. Imagine his enthusiasm when he created a deal for the opening of the brand new Ter Zand hotel this spring and it only took three hours from the creation of the rate plan in Mews, to having it live and being pushed via a travel seller resulting in over 50 sales within a couple of days.

One of the functionalities of the Katanox platform Gideon is excited about is the interactive marketplace. Here, accommodation partners and travel sellers can meet, connect, and collaborate, creating attractive deals and reaching out to the perfect audience to offer them to.

"It took me 15 minutes to set up a rate plan in Mews, it was pushed 3 hours later by the travel seller and resulted in over 50 bookings within a few days. This gave our brand new opened hotel a huge boost in bookings from the very start."

Gideon is hoping a new standard will arise within the hospitality industry, in which both Mews and Katanox could play an important role: the emergence of a transparent platform where the current non-refundable rate plans will be the standard: why pay for your movie or flight upfront and not for your hotel? Book & pay should be the standard within the industry, in which the risk lies with the booker and not the hotel. They don’t want to take this risk? Of course, we want to offer that possibility too, but via a cancellation fee upon the regular pricing instead of a discount when you pay upfront.

For now, the existence of a marketplace like Katanox is a huge step forward in restoring control to hoteliers, consolidating that control, and ensuring ease of distribution.

Opening a new hotel during a Pandemic

The opening of boutique hotel The Fallon was already planned for early 2020, but because of problems in delivering items as wallpaper and bedding the opening had to be postponed leading to the cancellation of bookings that were already made, followed by even more cancellation due to Covid restrictions in the first lockdown. Gideon’s strategy of preferring trust-building over direct income paid off: not giving guests a hard time over their cancellation resulted in them returning now the market is opening up. The Fallon’s cancellations of the past are their guests in the present.

During the first lockdown, restaurants weren’t closed down in the Netherlands, although there were restrictions in place the Fallon was able to run pretty well. Dutch guests wanted to get out and about without uncertainties: breakfast and dinner were both possible within the hotel. The second lockdown was a whole lot tougher: restaurants had to close, food could only be served within the room which led to both investments in furniture as a huge increase in cleaning expenses. Combined with a major decrease in bookings it was a difficult time for the hotelier, who was keen on remaining open to be able to offer their guest who needed it a place to stay.

Also the opening of boutique hotel Ter Zand had to be pushed back due to the pandemic. It finally took place in May 2021 and they were able to - also made possible with a direct deal via the Katanox platform generating over 35.000 revenue within the first weeks - realise a high occupancy rate in the first month. 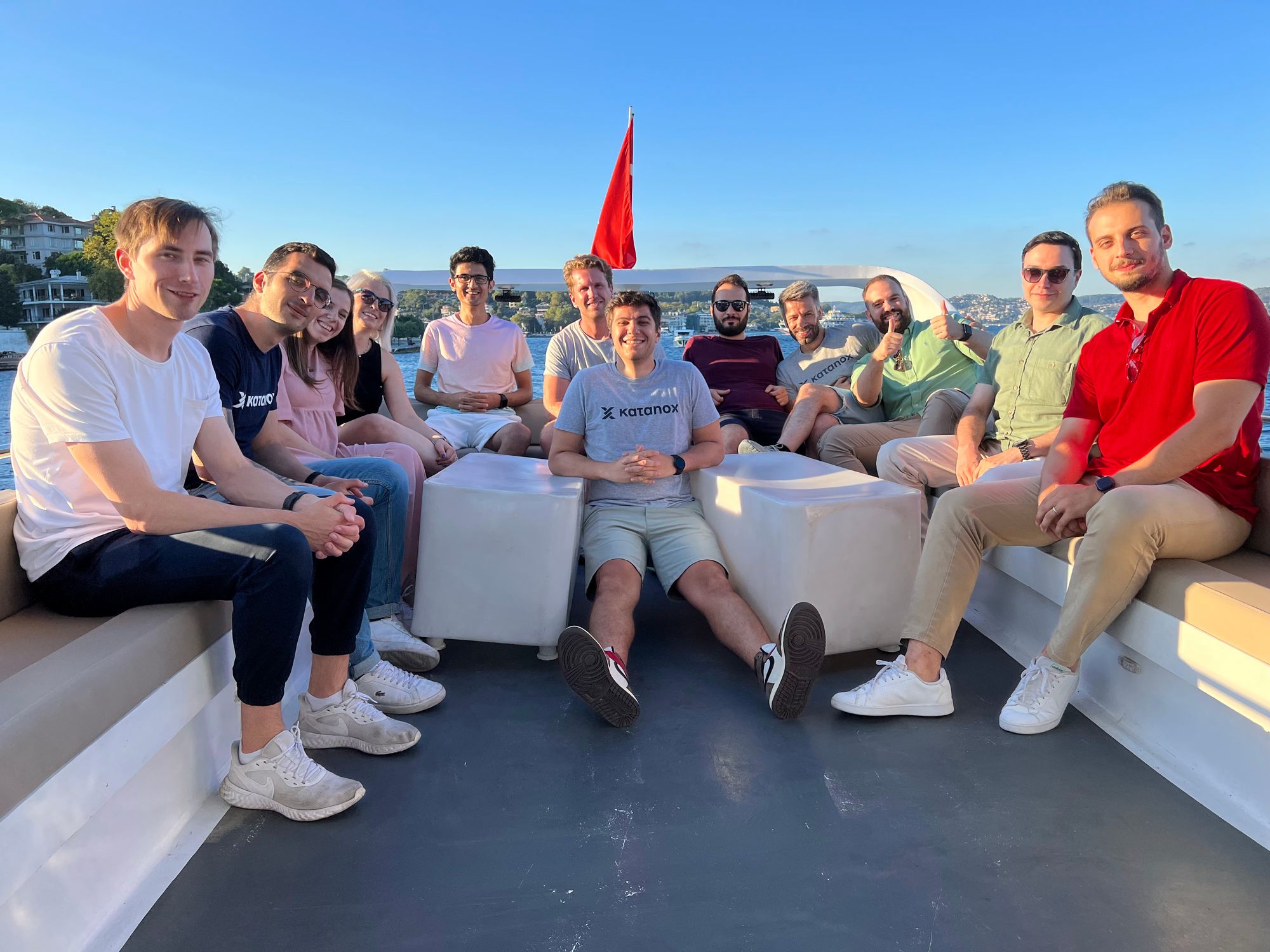 TLDR; Last week we held our very first Engineering & Product hackathon in Istanbul, and it was a great one! We couldn't have asked for better circumstances for Katanox hackathon 0.1. We chose to travel to Istanbul as already half our engineering team is based in Turkey and we

In this post, we aim to explain why we chose to try JOOQ as the data access library for one of our services, what were our main benefits and obstacles and how this led us to use it as our main database library in the rest of the services. Info 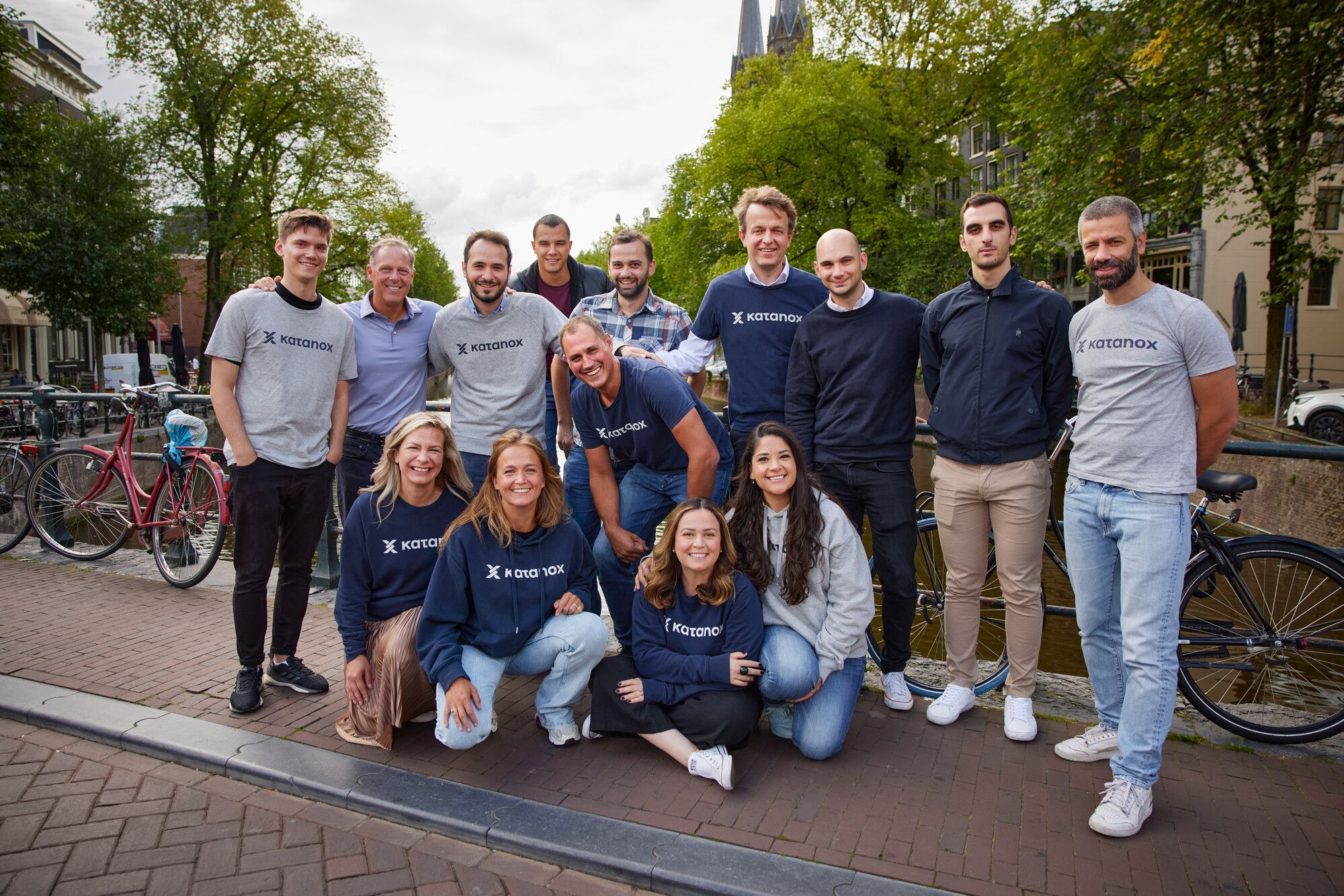 Katanox, the travel accommodation distribution and fintech platform, has raised $ 5.7 million from a group of financial, hospitality, and tech entrepreneur family offices to overhaul and reconfigure B2B distribution in hospitality. The group of investors includes Rappi and Yuno co-founder Juan Pablo Ortega, co-founder of fintech Dimebox and current